What is Grid Soil Sampling? A Deeper Look

Grid soil sampling was originally developed back in the 1920’s. There are research papers available on the topic. Grid sampling is the practice of taking small samples at equal distances across a given acreage. With the technology of today, the generally accepted practice is electronically placing arbitrary squares of 2.5 acres in size on the field. In the center of each grid, four core samples are taken to be analyzed. If there is a 40-acre field, there will be 16 samples with four cores in each sample. At face value, this practice appears to be an adequate way of collecting information. However, there are many flaws in this practice.

The act of soil sampling is conducted for the purpose of capturing the diversity of nutrient concentration over a certain acreage. Grid sampling attempts to capture those diversities by taking a great number of samples. However, just taking a great number of samples doesn’t ensure the diversities capture. Conversely, the mere collection of samples in this way can cause more diversity than is actually occurring in reality. The problem is with only taking four cores per sample from essentially one spot that causes these wide variations. With only four probes in a sample, there is not enough dilution within the sample itself to take out potential high or low values within an individual core.

The main reason for grid soil sampling is in taking judgment out of the equation and trying to use only scientific principles in trying to capture the elemental diversity. The problem with this practice is that not all soil is the same. If we were testing concrete that never changes, as an example, then grid sampling would work perfectly. Soil changes can be seen as random and does not change in a systematic way. It has also been said that anyone can do grid sampling, which is true. There is no thinking or discernment required in grid sampling. Anyone that can follow a dot on a computer screen can grid sample.

Once the data is received, other issues are presented. To make recommendations with grid sampling, data interpolation methods are used. There are about a dozen different interpolation methods, but the method called kriging is used. Kriging is a process of manipulating the data to smooth out high and low outliers within the data set. This practice in itself makes the recommendations wrong. How wrong is anyone’s guess but that is exactly what it is… a guess.

The Soil Experts at SoilRight

No matter which method of soil sampling is used to to improve the nutrient levels of your soil, SoilRight will take it one step at a time. Our expert soil consultants understand what’s needed to make your business prosperous in the ag industry. Contact a soil consultant today to determine what’s best for your farm. 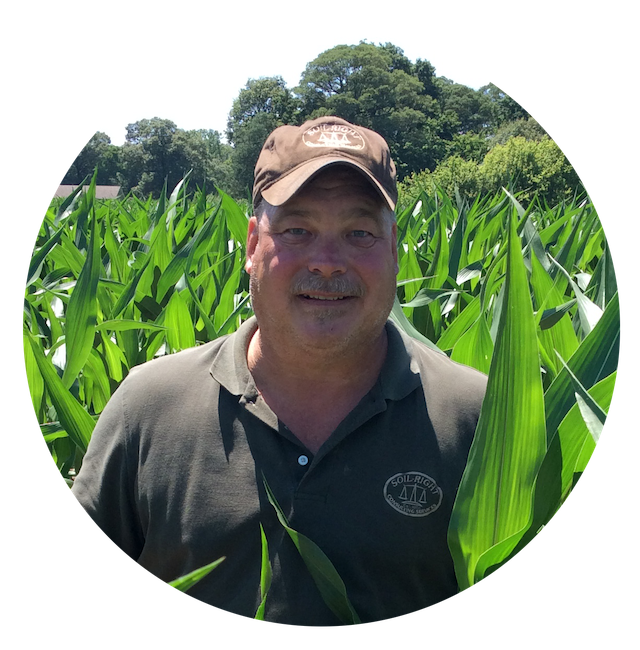 Next Post Why Use Zone Sampling to Improve Overall Soil Health?